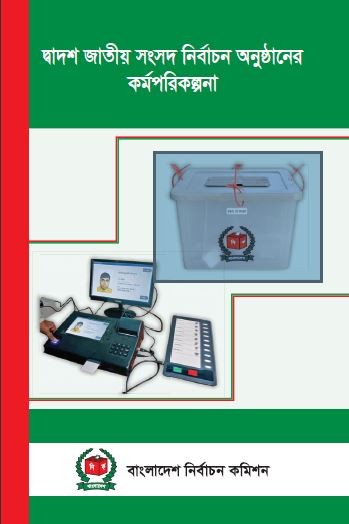 He started his professional career as an Assistant Judge in 1981. He served at all tiers of Judicial Service. As Secretary of the Ministry of Law, Justice and Parliamentary Affairs (MOL) of the Government of Bangladesh for the period 2007-2009A.D., he worked as Chief Executive Officer of the Whole Ministry that deals with administration of justice, namely courts and tribunals, department of registration, litigation management on behalf of the government, providing legal advisory services to government ministries, divisions, departments as well constitutional and statutory Bodies and Commissions.

As Secretary of the Ministry of Religious Affairs of the Government of Bangladesh for the period of 2010-1013A.D., he administered the business allocated to that Ministry that includes Islamic affairs, awakaf, hajj, religious affairs of other minority religious communities, etc.

As Secretary/Senior Secretary of the Ministry of Defence (MoD) of the Government of Bangladesh since 03/03/2014 to 31-12-2016, he administered the business allocated to that Ministry which includes affairs relating to Defence Services, namely, Army, Navy and Air Force, Military Hospitals, Army Medical Colleges, Defence Service Colleges, military lands, defence purchase, laws and regulations on Defence Services, welfare of ex-army men, etc. Business also included top management of organizations and departments attached to that Ministry such as, SPARSO, Department of Metrology, Survey of Bangladesh, BNCC, ISPR, Directorate of Military Lands and Cantonments, etc.

As a part of official responsibility, he visited many countries across the globe such as Germany, Australia, New Zealand, Malaysia, Singapore, Japan, France, Norway, Sweden, Hong Kong, KSA, Kuwait, China, Russia, South Korea and the Philippines to attend international meeting, seminars and conferences. He attended the Global Conference on Legal and Judicial Reforms in Washington DC, USA in June, 2000, Organized by World Bank. He participated in the negotiation of the Legal and Judicial Capacity Building Project held in October 2000 at the Head Quarters of the World Bank in Washington DC, USA. He also visited Canada and UK in April, 2002 in connection with a study tour intended to be acquainted with Law Commission, Legal and Judicial Systems, Public Prosecution System, Legal Services, Legislative Process and other allied matters in those countries.

Mr. Kazi Habibul Awal is the author of books titled as ‘Memories of Early life’(2017), a memoir of childhood, boyhood and early youth, ‘Jibon Pater Jolchap’(2020) a memoir in Bangla of childhood, boyhood and early youth, ‘Trajectory of a Judicial Officer’(2021), a memoir on service life. He coauthored with Md. Moinul Kabir and Gavin Murphy a book titled The Legislative Process in Bangladesh. He translated a foreign book titled Demystification of Law for Women by Nandita Hakser from English to Bengali. He wrote articles on constitutional and legal issues in different national dailies like Observer and Ittefaq.

He is the former President of Asian Association of Legislative Counsel (AALC), an association of Legislative Officials/ Legislative Draftsmen/ Parliamentary Counsel/ Legislative Counsel of Asian States/ Governments. He acted as Governor and Vice-chairman of the Board of Governors of the Islamic Foundation, Bangladesh and as a Director, Board of Directors of Rupali Bank Limited as well as Karma Sangsthan Bank Limited. He also acted as a Member of the Board of Directors of Bangladesh Institute of International and Strategic Studies (BIISS), Defence Services Command and Staff College as well as National Defence College (NDC)

Mr. Kazi Habibul is married to Mrs. Shahana Akhter Khanam and is blessed by three daughters. In his long career, he has been serving the country with integrity, devotion, skills and wisdom.